In 1846, within a year after Texas became a state in the United States and the very same year that Anderson County was created out of Houston County with Palestine as the county seat, a man from Kentucky who had embraced the Stone-Campbell Restoration Movement taking place on that frontier, came to make his home on this frontier. This man was Mr. J. F. Taylor, whose daughter was to become the wife of another influential frontiersman, legislator and statesman, John H. Reagan.  Mr. Taylor set in motion steps which resulted in the establishment of the First Christian Church in Palestine in 1847.

In the early 19th century, Alexander Campbell, Barton W. Stone and Walter Scott saw fit to make some changes in the accepted religious theories and practices of the day. They brought into being a church that attempted to do away with man-made creeds and follow Christ's teachings as nearly as possible. It was with this movement that Mr. Taylor had become affiliated before coming to Texas.  Imbued with missionary zeal, Mr. Taylor wanted a church in his new home, so he invited all who would help to form one to meet in the schoolhouse. Sixteen men responded to the call, but being of different faiths and backgrounds they could not agree on the articles that a committee had drawn up. After much bickering, they laid aside these articles and agreed that each would return to his home and, in solitude and quiet for a few days and without help from any human source, would carefully and prayerfully study the teachings of the New Testament in order to determine what should be their rule of faith and practice, what should be their scriptural name and upon what principles their policy should rest.

After a week the men returned, and in hearty Christian unity, agreed on the essential Articles of Faith, which, though no record had been preserved, must have included expressed belief in one God; one Lord and Father; one Body - the Church; one Faith; one Hope; one Baptism; no Creed but the Christ; no Book but the Bible; no Name but Christian.

Thus the First Christian Church of Palestine came into being. Among the sixteen charter members were: Reverend A. P. H. Jordan of the Baptist Church, who gave up that affiliation to become the first pastor; Mr. J. F. Taylor, the leader of the movement; and Joseph Addison Clark, who with his sons Addison and Randolph, later founded Add-Ran College which is now Texas Christian University in Fort Worth, Texas.

The Clark family had come from Kentucky in 1839, seven years before Mr. Taylor. Joseph Clark had married the daughter of Solomon D'Spain who was one of the first of the Stone-Campbell Movement to settle in Texas. He and his wife made a real contribution to the little village of Palestine, Clark, aside from a law practice, edited the Trinity Advocate, Palestine's only newspaper.

However, at the insistence of Mr. James McMeans, Mr. J. F. Taylor, Thomas Ricks and others, he gave up both of these interests to become an evangelist for East Texas. These men gave one hundred dollars each to help spread the gospel throughout the region. Mr. Clark, the first missionary the church had, did an intensive and very thorough piece of work of which the church, missionary-minded at its very inception, was proud.

Following its organization, the congregation met in homes or in the courthouse. In 1851 the church trustees were empowered to purchase a lot and building materials. The trustees were: J. W. Hollingsworth, H. Douglas, J. Hassell, J. F. Taylor and W. M. Michaux. It was not until 1859 that the first church building was erected at the corner of Poplar and Fannin Streets in Old Town. In that year Thomas L. Ricks transferred title to two building lots to these church trustees: John A. Taylor J. A. Clark, Joshua Hollingsworth, O. Fitzallen and William DeLaney, "for and in consideration of a desire for the spread and maintenance of true religion and in further consideration of the sum of one dollar."

The little church at this location housed the congregation for over a quarter of a century. During the Civil War there was no pastor but the women and few men who were left at home, met often at the church to honor God and pray for their soldiers.

In 1884 a second building was erected at the corner of Houston and Crawford Streets. It was a wooden structure but it had a spire. This was adequate until 1905 when the brick building at 113 Crawford Street was constructed. The church had grown and could now afford to have an imposing building with a pipe organ; it was becoming a power in the city and among the churches of the Brotherhood over the state. The cornerstone for this building was laid by the long-time Sunday School superintendent, Colonel George A. Wright. Dr. L. D. Anderson was the pastor.

This building served until 1955 when the present sanctuary was completed directly to the east. Over the next several years the 1905 structure was transformed into an educational building which houses classrooms, administrative offices, a ladies parlor with connecting kitchen, a nursery, a library, a fellowship hall, church kitchen and a chapel.

The chapel in the educational building is the pride of the entire membership. It has a divided chancel, beautiful memorial windows, modern, comfortable benches and an electric organ. It has a seating capacity of over one hundred.

In 1965 the women of the church redecorated and refurnished the parlor so that it, too, is both beautiful and functional.

From the very beginning of the church in Palestine, much attention has been given to the children and the youth of the church. Mr. George Anderson Wright, the first non-native born in Anderson County, was superintendent of the Sunday School for over forty years. Mr. George Teamer was devoted to work with the children over a long period; his able assistants were Miss Jennie Keller - now Mrs. Bonner Frizzell, and his daughter, Frances, who became Mrs. R. P. Stevens, who rendered a lifetime of service in the choir as well. Other devoted workers with the children include Mr. and Mrs. Will Scott and Mrs. Rush Shamblin.

Many men and women have had a large share in making the influence of First Christian Church felt in the economic, moral and spiritual development of this area. No brief history of the church can recount all the names and deeds, but a few must be mentioned. Mr. George A. Wright was Chairman of the Official Board, off and on, over a period of forty years. Mr. Newell Kane, "as saintly a man as ever served at the Communion Table" was active over a period of fifty years or more. Mr. Henry Stehling served as church treasurer for many years. Judge E. V. Swift built a Men's Bible Class which often ran into several hundred in attendance and at times had to meet at the Palestine Theater. Others whose leadership is worthy of mention include: Tom Willison, Bonner Frizzell, A. D. Tillman and John Hatzenbuehler.

During the ministry of Dr. Ewart Wyle, 1935-1937, the men of the church organized The Layman's League-later called the Christian Men's Fellowship. Tom Willison, W. C. Wylie, and Ben J. Walker, who served the church as organist for thirty-five years, were among the leaders of this men's work. One of the most important of their projects was their effort in securing the Lake Underwood property five miles east of Athens, Texas, for the Christian Youth Foundation, now known as Disciples Crossing Camp and Conference Center. It provides facilities for the summer camps and conference programs for Regional and Area Youth of the Christian Church (Disciples of Christ) in North Texas. It makes further provision for year round planning conferences for adults, district conventions and week-end retreats.

Since the beginning of the First Christian Church in Palestine, the women of the church have been active in making the church successful. Countless numbers of women, who never held offices, made a glorious contribution of time, money, sacrifice, service and prayer and made possible the achievements of the women's organizations. The first organized society was the Ladies' Aid Society, established in 1880 with Mrs. Kate Word as president. She was followed by Mr. J. H. Weeks; Mrs. Weeks was given a medal in 1947 for the longest continuous service among the women presidents of the Ladies' Aid for thirty years, and member of the choir from 1890 to 1940. The Women's Missionary Society has functioned under several different names through the years but their devotion to the work and their zeal has been the same. In addition to the two named above the leadership includes: Mrs. P. W. Brown, Mrs. J. C. Mason, Mrs. Lillie Stevens, Mrs. B. W. Proctor, and many others. The name of Miss Vinnie Keller stands out among the women for her great contribution to the music of the church, as organist, as choir director, and as soloist for any and all services of the church. The church has had many outstanding teachers in the adult classes whose service merits recognition. Among these, Jettie Word (Mrs. E. T.) McCain stands second to none. Many others are still in service but this brief account leaves the living for the future record. 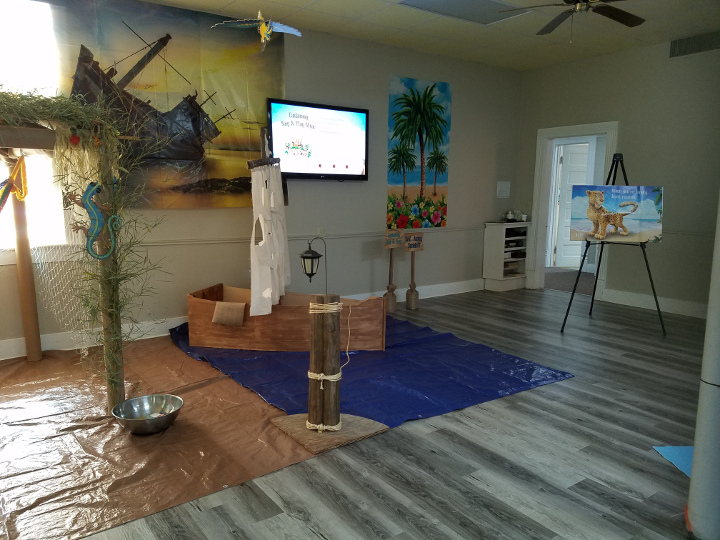 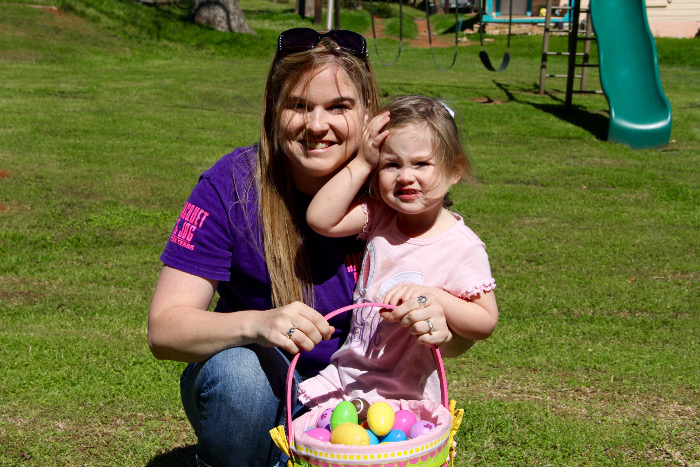 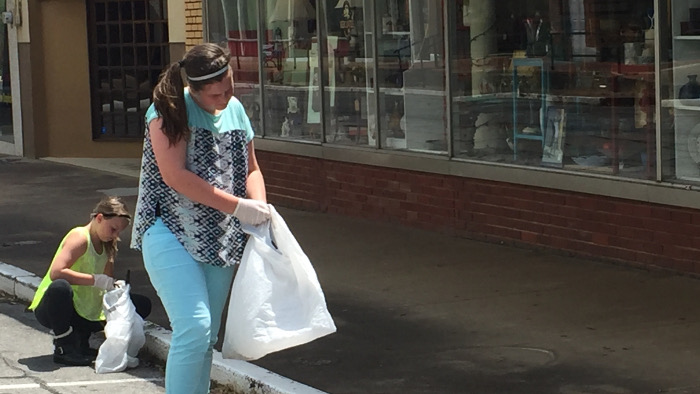 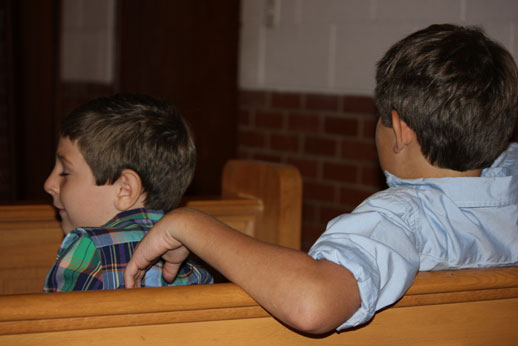 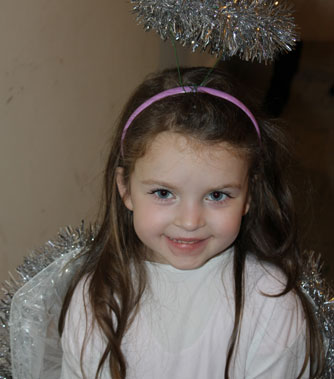 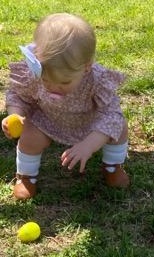 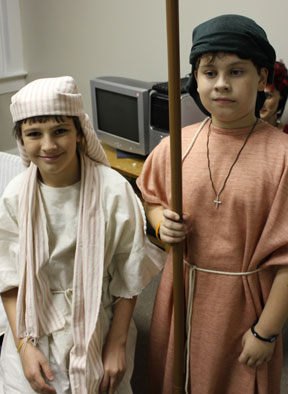 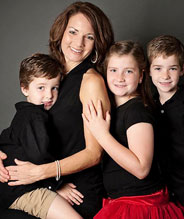 I absolutely enjoy worship each Sunday! Each and every person is so happy to see everyone. Walking in the doors of the church and smiles and hugs get my week started right. This family is so important to me! I always look forward to what Reverend Jordan has for me. Every single Sunday the message is perfect. My kids love all the children activities. But with all of this being said, I love this place!